At the heart of Serbia, about hundred kilometers southwest of Belgrade, rises the chain of Valjevo mountains, and in front of them there is a wreath of hills surrounding the basin. Rivers Obnica and Jablanica run into the valley from the west, merge and create the Kolubara which the Gradac and the Ljubostinja flow into. On the banks of these rivers, in the valley, protected by the surrounding hills, the town of Valjevo is situated.

Valjevo lies at the crossroads of many ways, and it is easy to reach from different directions through picturesque landscapes. It is 96km far from Belgrade, 134 km from Novi Sad, 77km from Užice, 72km from Loznica. Valjevo can be reached by railway that leads from Belgrade to big Adriatic port of Bar.

From Belgrade and 96 km from Novi Sad 134, 77 km from Uzice, Loznica 72 km. Do Valjevo can be reached by railway that leads from Belgrade to large Adriatic port of Bar. The nearest airport ist in Belgrade, and sport airport Divci is only 12 km away from the town.

When and how was Valjevo founded?

Valjevo is one of the oldest urban settlements in Serbia. It was founded at the crossroads of ancient roads and for more than six hundred years was the meeting place for merchants, travelers, and adventurers. Over the past centuries Valjevo valley was large enough to accommodate all the urban amenities of the city, but the rapid development caused by rapid industrialization in the mid twentieth century has led to today’s Valjevo expanding along the valley of the Kolubara River and on the slopes of the surrounding hills.

How did Valjevo get its name? 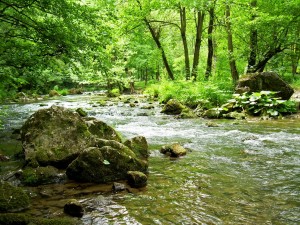 Name VALJEVO is derived from the old Slavic personal name Valj, and as a possessive adjective it meant “having a feudal property”. This assumption is confirmed by the story according to which Valj was the owner of the road inn around which the town developed later, today’s Valjevo. In addition to philological explanations of its name there are various legends. In one, the future residents of the town came down in the valley from surrounding hills and founded the town. According to the second one town of Valjevo was named after a valid, fertile land and valuable, honest people. However, the most famous belief is that Valjevo got its name after the mills for making cloth, which once existed in large numbers along the Kolubara. Valjevo was first mentioned under this name in documents from 1393. 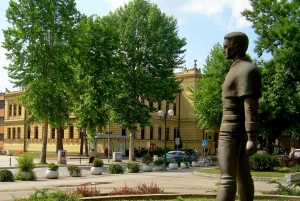 Valjevo is one of the major Serbian towns and administrative, economic and cultural center of the area of Valjevo, as well as Kolubara district. On the territory of the town of Valjevo, in addition to the urban settlement there are 77 villages with a total population of 100,000. Kolubara district (the town of Valjevo and the municipality of Ub, Lajkovac, Mionica, Osecina and Subotica) has about 200 settlements with about 200,000 inhabitants.

Valjevo celebrates March 20 as its day when commemorates the liberation of the town from the Turks in 1804, as a symbol of the beginning of the new European town.

According to the latest census town of Valjevo has about 64,000, and the territory around the town 98,000 inhabitants. 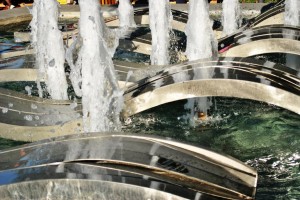 Today Valjevo is a town of history and culture, but also the town surrounded by untouched nature. Museums and galleries, numerous monuments, Tešnjar, cultural heritage, Brankovina Divčibare, Petnica, the river Gradac and its canyon, Valjevo mountains and villages scattered across their slopes present a real attraction for all who visit this town.

Pictures of our town